For a coder, the choice of a text editor is almost a political statement. Everybody has, and should have, their own personal preferences. Part of the appeal of the editor comes from its leanness and simplicity. Here are two of the best code editors, although I’d highly recommend sublime text, I just can’t seem to let go of Notepad++. Old habits die hard, as they say.

Sublime Text certainly feels lean on the surface, with no toolbars or configuration dialogs. It’s also very, very fast. But that simplicity is only skin-deep: dig in just a bit, and you’ll find yourself immersed in plugins, keyboard shortcuts, and more. 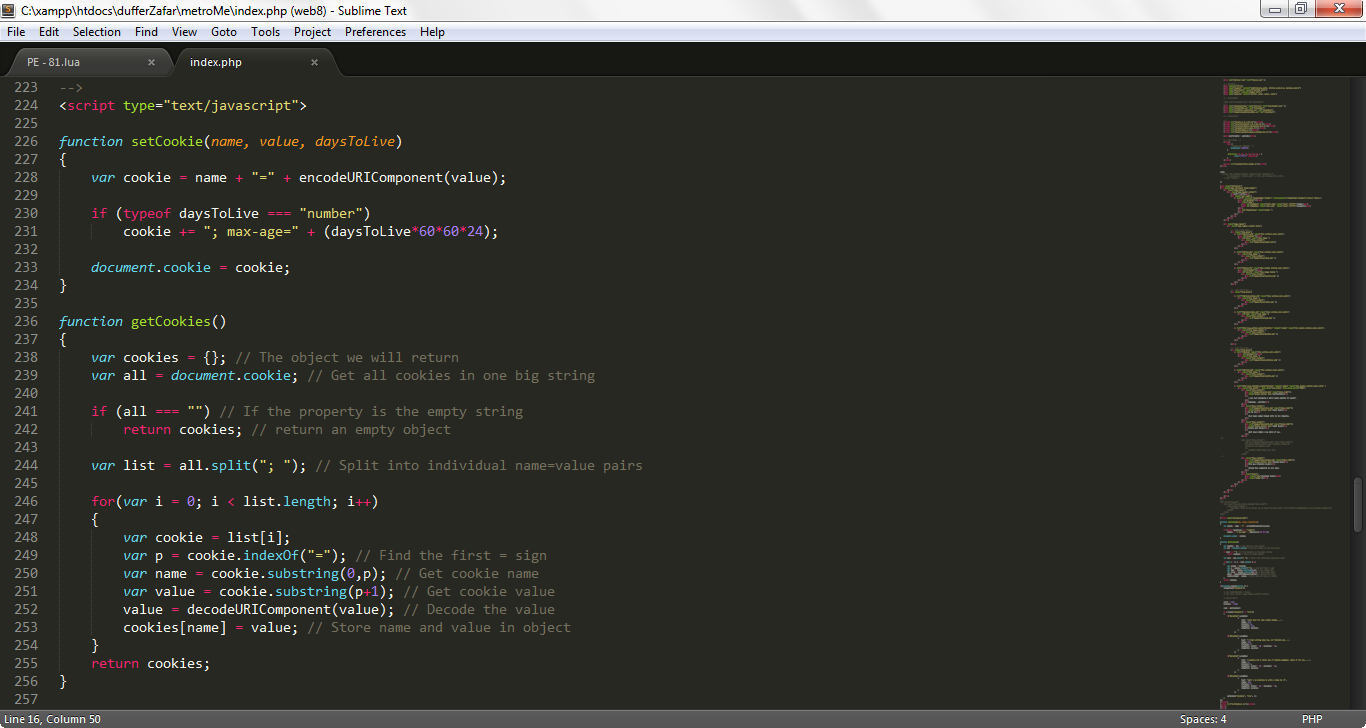 Looks: The most noticeable feature, and probably the only thing you’ll notice at first glance, is the mini-map which runs along the right-side gutter of the editing pane. It can be used as a visual scrollbar when working on long files. The other thing that catches attention is the night-mode styled theme which is easy on the eyes, if you want daylight mode or want to experiment with some other colors, goto Preferences - Color Schemes, and select something that suits you.

There’s also a Distraction Free Mode, which hides away all the crap and takes you into a fullscreen mode where you can just code and code and code. 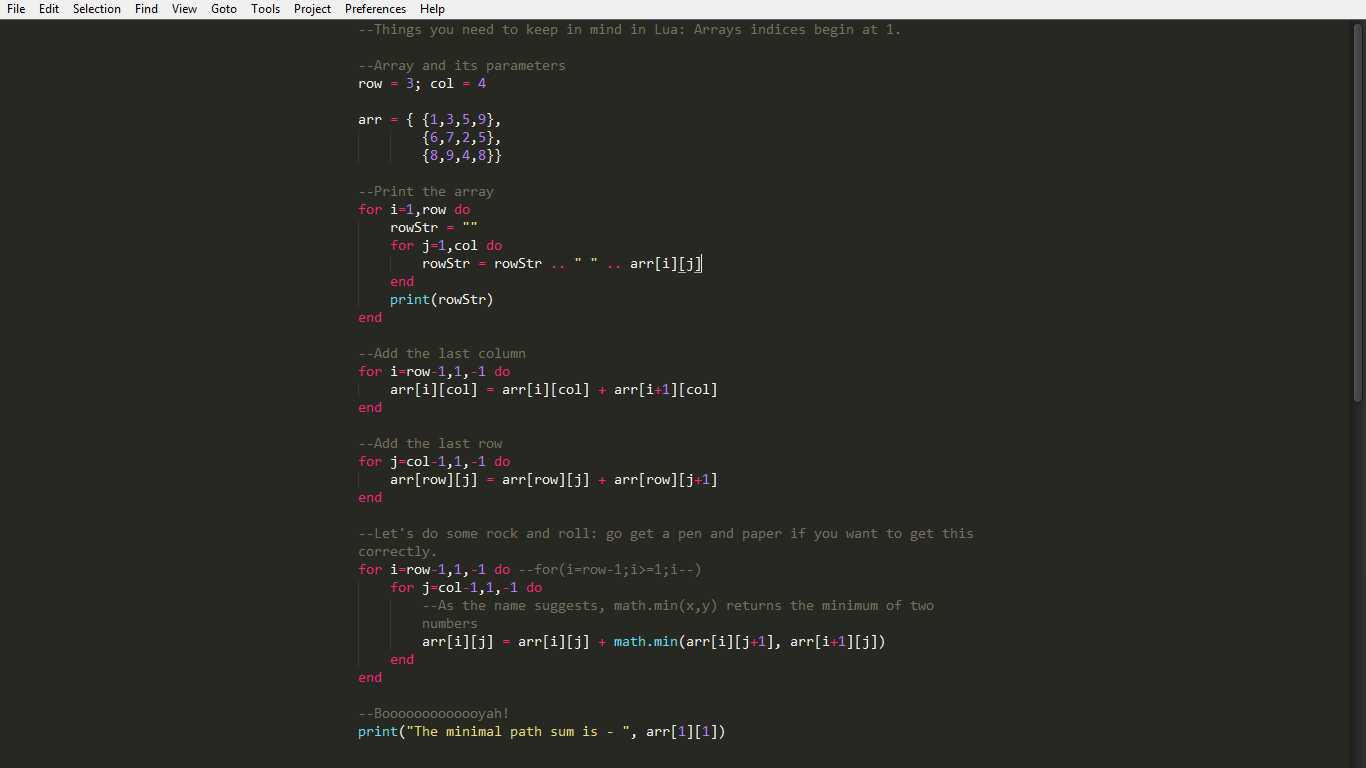 Commands:The single most important feature that you’ll be using is the command palette. Press Ctrl+Shift+P and you can control every single function, plugin, menu item, and what not by just typing in the some text. Seriously Cool.

Extensibilty: Sublime Text has some great plugins, the most important of which is called Package Control, it lets you easily search, download and install other plugins right from the editor. It took me around five seconds to add autohotkey syntax highlight support, and that too, without ever leaving the editor. 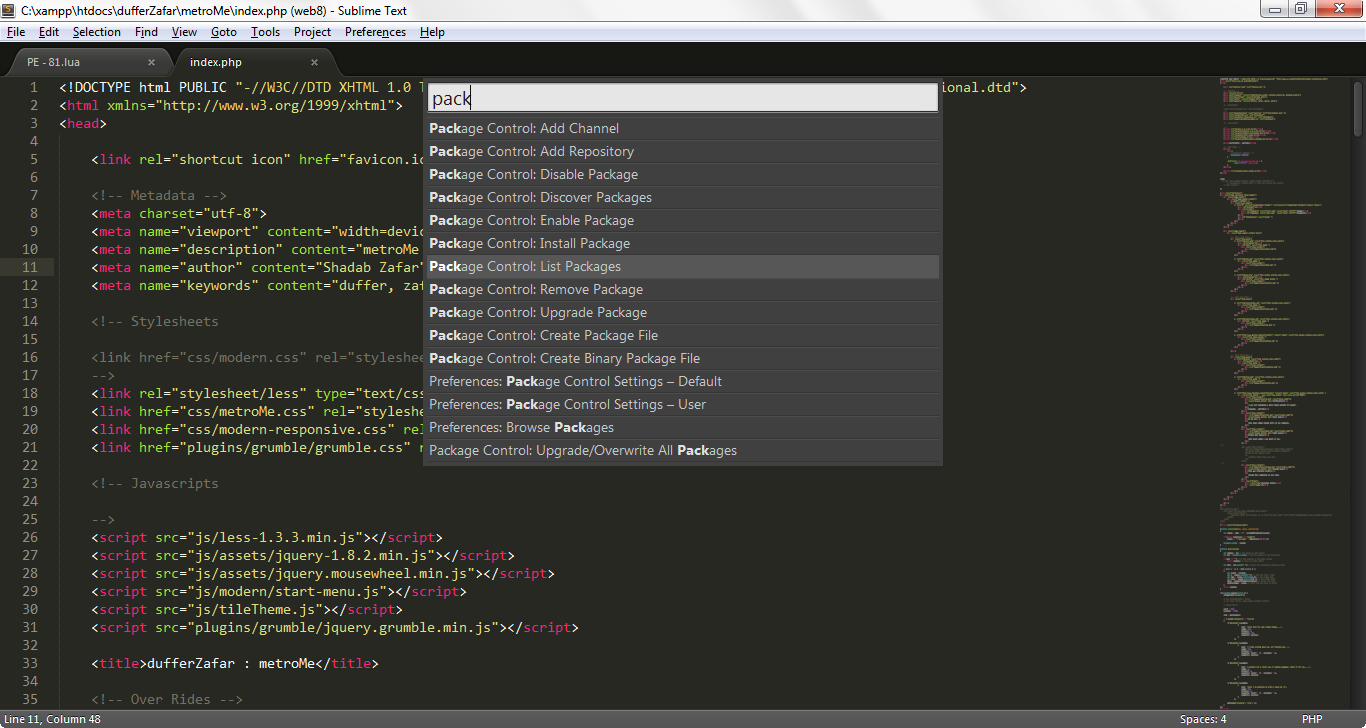 These are some of the most basic features, I’ll be adding the rest as and when I find them.

The only reason I am adding NPP here is because no matter how much I resist the temptation, I find myself opening it every now and then. I’ve been using it for some two years now and am just addicted to the view it presents. I’m used to the default syntax highlighting - Green represents comments, Blue is for functions etc.

Probably the only plus point with notepad++ is that its free and open source. But that matters only if you have a high conscience or, for some other reason, have vowed not to use pirated software. In that case, I salute you. 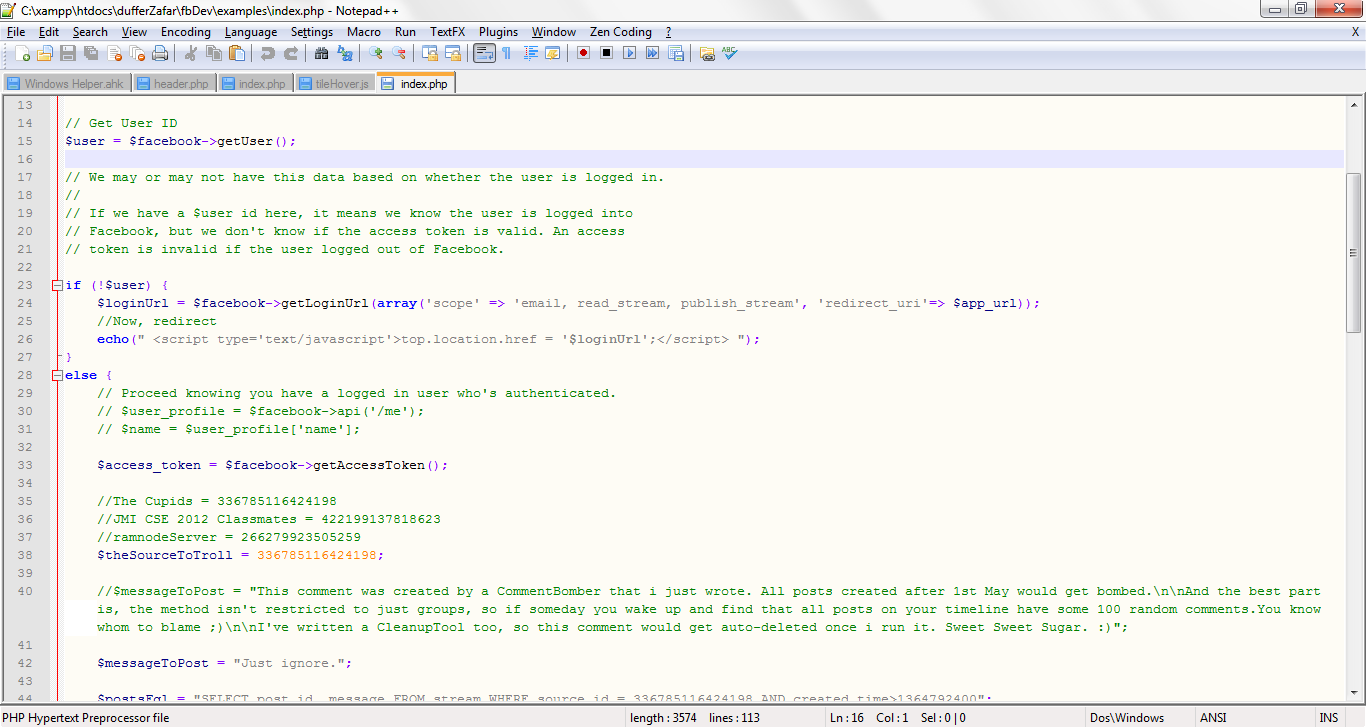 I am not saying that Notepad++ is in any way less equipped than sublime text. It’s been there since 2003 (that’s a fucking decade) and is still going strong, Don Ho updates it frequently and it has more features than you’ll probably ever need.

But when you are trying something new, you might as well try something that’s more sexy. And Sublime Text is sexy as hell.